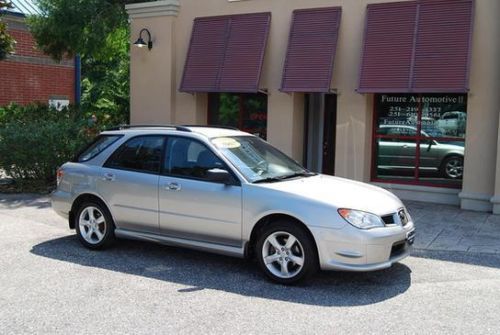 The Mt. Washington Hillclimb, otherwise known as the Climb to the Clouds, hasn't been done since 2011. That year, Subaru Rally Team USA driver David Higgins set a new record for the event first held in 1904, running the 7.6-mile vertiginous course in 6:11.54. The race will be return in 2014 with the help of that very carmaker, Subaru of America having stepped in to the title sponsor role for what will be the Subaru Mt. Washington Hillclimb.
Taking place from June 26-29, 75 modern and vintage cars will spend three days racing up the 6,288-foot-high mountain. It's not as long nor as high as Pikes Peak, but it does have something that the Colorado competition doesn't: gravel; about 13 percent of the Mt. Washington Carriage Road still hasn't been paved.
If you want to know what a record-breaking run up the northeast's highest peak looks like, check out Higgins behind the wheel in the video below.

Last month, Subaru unveiled the Levorg concept at the Tokyo Motor Show, previewing what could be the next Legacy wagon. But that's not the end of the story for the concept car.
With the Tokyo Auto Salon - Japan's equivalent to SEMA - approaching next month, Fuji Heavy has announced five customized versions of the Levorg. One is being prepared by Subaru itself with a focus on luxury (including new alloy wheels and a burgundy interior), one by Subaru Tecnica International (with strut brace and aero kit) and one each by aftermarket Subaru tuners Corazon, Syms and Prova.
Subaru will also display a pair of racecars based on the BRZ: the Super GT300 version we've already seen and a new STI NBR Challenge racer aimed at the Nürburgring 24 Hours. Details in the press release below.