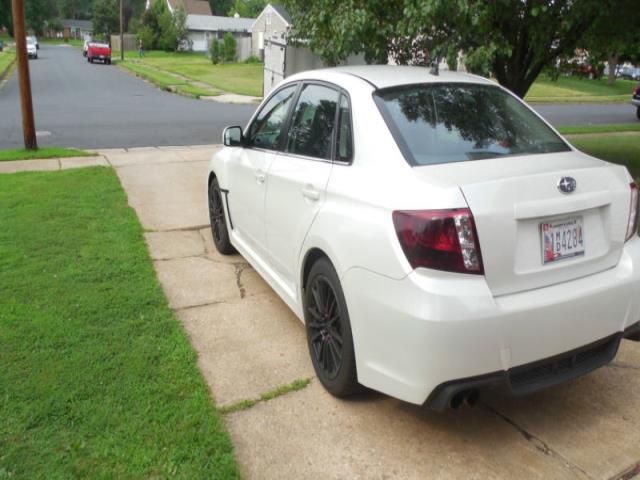 This 2012 WRX was babied. Car was very well maintained and taken care of. The car was a secondary car and only really driven 2-3 times a week. Car is stock other then LED headlights and after market shifter knob. Car has never been driven hard. Lots of the black on rims and front hood is plasti-dipped and can be taken off if needed. The redish/orange look on the rims is not from bad spray just reflection from a shirt while picture was being taking. All rims are flat black. The car is still under the factory warranty and also have an extended warranty on the car which is transferable. There is minor damage on the bottom of the passenger front door that happen while car was parked. Other then that car is in excellent condition. If you have any questions feel free to message me.