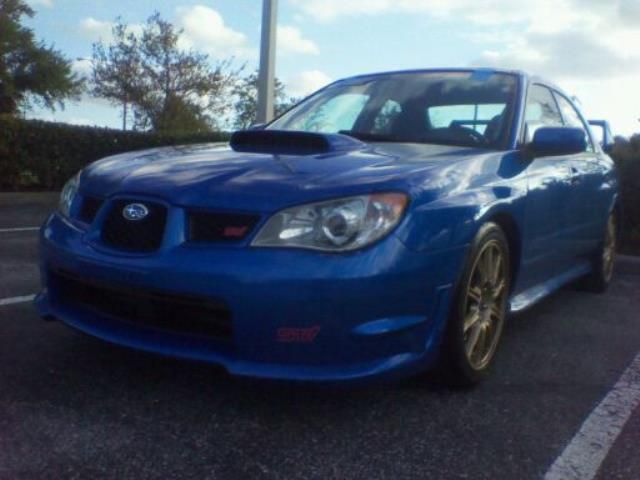 The 2015 Subaru WRX is awesome. Really awesome. We told you as much in our first drive of the new sedan back in December. Honestly, our only complaint about Fuji Heavy's new performance machine is that it's no longer offered as a hatchback - the new WRX is a sedan-only affair, despite the more functional five-door variant accounting for some 50 percent of sales in the car's last generation.
But there's hope on the horizon, if a report from Australia's Motoring.com is to be believed. Speaking with Masuo Takatsu, Subaru's general manager for the WRX, the company is now re-considering putting the "hatch" back in its hot hatch.
"We have received strong interest from the US, where the hatchback was 50 percent (of previous-generation WRX sales), so we're now considering," Takatsu told Motoring, noting that the United States is Subaru's main target for this car. Additionally, Takatsu said the company's decision to only offer the sedan was the result of limited engineering resources, echoing statements we've previously heard from Subaru's US arm.

Subaru is giving its EyeSight driver assistance camera system a major upgrade for the 2015 model year with new color cameras, as well as reducing its size by 15 percent over the rather bulky original system.
Subaru locates its EyeSight hardware inside the vehicle at the top of the windshield, which is unlike most other camera-based systems that have their hardware mounted somewhere in the front fascia. The benefit is that these rather expensive components are protected from any detritus that may hit the car, but the original system's size ate up a chunk of the driver's outward view. Thus, the shrinkage should be appreciated by new owners.
The upgraded stereo cameras have a 40-percent longer and wider detection range than the original system's cameras, and their ability to see color allows the system to recognize brake lights at a speed differential of 30 miles per hour, instead of 19 mph before. And as before, EyeSight continues to offer adaptive cruise control, lane departure warning and pre-collision breaking that can slow the car automatically if an imminent accident is detected, even bringing the vehicle to a complete stop.