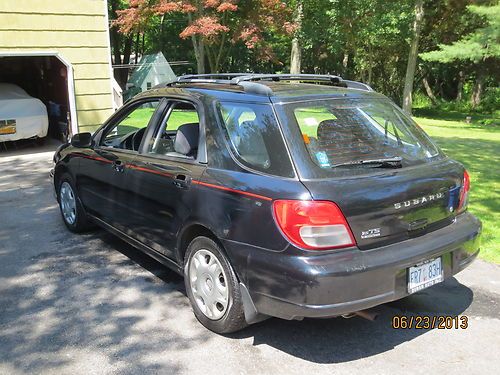 2002 Subaru impreza 2.5 TS  5 speed . Body ok some light rust in body , passenger side fender damage small crack in front,dent on primer hood, interior good, AM FM CD player. Engine has loud noise I was told can be water pump or engine bearings. Other wise runs good, has 205,217 miles (all highway miles), No heating problems. Sold as is. There is a video posted on youtube search under A Montezuma.