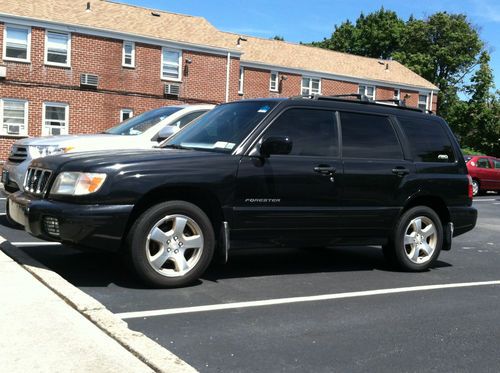 Condition: UsedA vehicle is considered used if it has been registered and issued a title. Used vehicles have had at least one previous owner. The condition of the exterior, interior and engine can vary depending on the vehicle's history. See the seller's listing for full details and description of any imperfections.Seller Notes:"Hood needs painting. Sunroof not working. Front right fender dent."

Earlier this week, we got all hot and bothered over a set of spy photos showing the next-generation Subaru WRX STI testing at the Nürburgring. And while pretty still shots of a camouflaged car are always nice to look at, stirring up lots of speculation, having video is even better. Good thing, then, that our trusty spies were on hand to get some rolling footage of that STI as it lapped the infamous German track.
Now, as a good majority of the comments on our previous post will point out, it looks like Subaru has dumbed down the design of that decidedly hot WRX Concept from New York for the road-going car. Of course, we need to wait until all that swirly paper is pulled off the body, but from what we can see here, it looks like this new 'Rex will be more akin to the current Impreza than we were originally led to believe.
So while we wait and hope that what's under the camouflage will be something sexy, have a look at the video below to watch the WRX STI prototype get worked out on the 'Ring.

2015 Subaru Legacy spills out ahead of Chicago

Subaru has been one of the industry's hottest automakers, recording record sales month after month. Those handsome figures have come largely on the backs of its crossover lineup, however - models like Forester, Outback and XV Crosstrek have been carrying all the water. The Japanese marque has seen less noteworthy performance out of its midsize sedan, the Legacy, but a new one is slated to be revealed later this week at the Chicago Auto Show, and it hopes to improve the company's family sedan fortunes.
Leaked here in these first photos, the 2015 Legacy picks up some cues from the brash Legacy Concept revealed at the 2013 Los Angeles Auto Show, but it loses some impact and gains a pair of rear doors versus the showcar. There's little new visual ground broken, but the overall look is more harmonious than its balloon-fendered predecessor. As is often the case, it has features that make us think of other cars, but overall, it looks to be a handsome (if conservative) design. We particularly like the sleeker roofline and the bold front grille treatment - the latter will likely serve well as the face of the next Outback.
Subaru has traditionally offered function-over-form interiors, and while the new dashboard remains visually staid, it looks to have picked up a number of nice new features, including improved HVAC controls, a new steering wheel and freshened touchscreen navigation system.