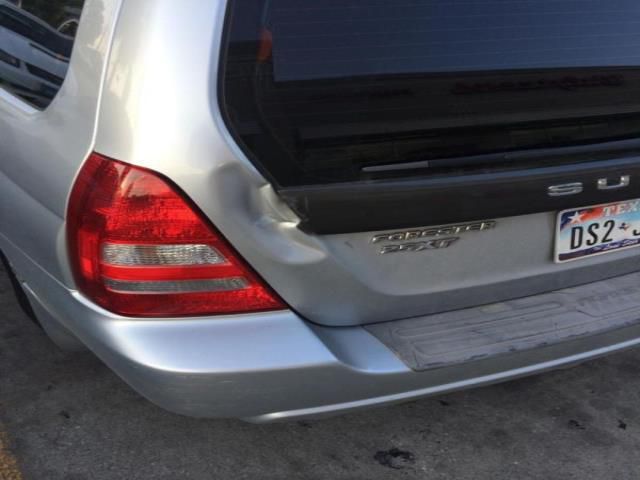 Subaru is recalling 660,238 vehicles located in 20 US states that use salt on their roads. It's possible that salty water could splash onto the rear brake lines, and it could eventually cause corrosion and potentially perforation, leading to a fluid leak.
The recall covers the 2005-2009 Outback and Legacy, 2008-2011 Impreza, 2008-2014 WRX and STI and 2009-2013 Forester. However, only vehicles currently or formerly registered in the following snowy US states or districts are covered: Connecticut, Delaware, Illinois, Indiana, Iowa, Maine, Maryland, Massachusetts, Michigan, Minnesota, Missouri, New Hampshire, New Jersey, New York, Ohio, Pennsylvania, Rhode Island, Vermont, West Virginia, Wisconsin and the District of Columbia. The company previously recalled the 2005-2009 Legacy and Outback to repair this problem, and now it's added the additional models, plus any of the original cars it missed the first time.
According to the defect notice from the National Highway Traffic Safety Administration, Subaru found a total of 24 cases of corrosion in US leading up to the recall. There was a single case of actual brake line perforation, but it happened in Switzerland, according to the document. The company believes that it would take seven or more seasons of winter driving on salty roads before any corroding would begin.

Have you gotten sick of Subaru and the Isle of Man? Good, we'd hope not, because of all the videos we've posted so far, today's is the crown jewel. In-car, around the notoriously treacherous race track, with commentary from David Higgins himself.
It gets better, though. Overlaid with the video is the same biometric data that we showed you last week. The result is a heart-pumping, 22-minute video of the record-breaking sprint around the entirety of the Isle of Man TT circuit at a truly wild pace. Higgins commentary, meanwhile, simply adds to the experience of hurtling across the landscape. Subaru has also put together a second video, highlighting the WRX STI that was used in the lap.
You can view both of those videos, as well as a short press release from Subaru, below. Scroll down and take a look.