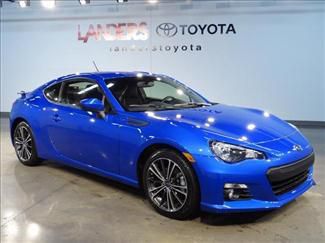 Hallelujah friends, hallelujah. One of the highest voices in Subaru's parent company, Fuji Heavy Industries, has just said that the boxer-obsessed automaker will release a second generation of the lovable BRZ.
Yasuyuki Yoshinaga, president of FHI, has summarily shot down assertions made by Tetsuya Tada, the chief engineer for the Toyota GT86. In a recent interview with an Australian publication, Tada claimed that Subaru had not decided whether it would be involved in the followup effort to the rear-drive coupe, and even speculated that the Toyota could team with BMW for a second-gen car, instead.
"If I were to be told that, I'd pass out. It's not going to be just one generation," Yoshinaga-san told Automotive News.