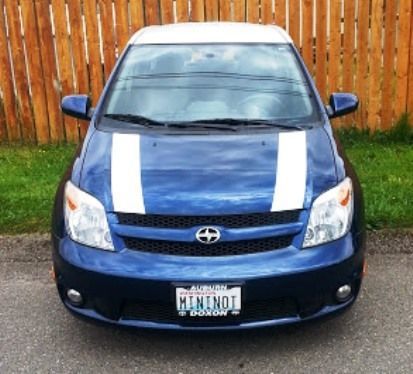 Once upon a time, the Scion brand sought to bring more youthful buyers into the Toyota stable. In the early 2000s, Scion launched with its plucky xA and xB hatchbacks, and a lot of people bought into its affordable, customizable, funky lineup - myself included. I was once the proud owner of a 2006 xB, and though the box-on-wheels wasn't really a proper enthusiast machine by any means, I loved its unique driving dynamics, clever packaging and fresh style.
Following those two hatches, Scion released its tC coupe - a modestly sporty little thing that stayed true to the brand's core values of being affordable, neat-looking and endlessly customizable. People really dug the first-generation tC, and with good reason - it offered a bit more personality than a comparable Honda Civic Coupe, effectively the only other two-door compact then on the market from Japan. And for folks who wanted a sporty, low-cost two-door, the tC was a pretty decent buy.
But then Scion changed. The xA was killed and the comparatively frumpy xD bowed as its replacement. The xB was totally renewed, but it got bigger, heavier and less attractive in the process. And then after a few years of standing idle (will we ever see xD/xB replacements?), Toyota birthed the Scion FR-S - a properly sporty, enthusiast-minded rear-drive coupe created with the help of Subaru. I really dig the FR-S - if I had to buy something from the Toyota/Lexus/Scion stable, it's easily the car I'd want. But by offering a properly good two-door package with its new coupe, where has that left the older, front-drive tC?

Scion brought four FR-S concepts to SEMA this year and one xB concept, while another three Scion tCs were brought to the show by three different shops that are competing in Scion's Tuner Challenge. The modified Scions range from mild to insane, and show how popular they are in the tuner world.
The Tuner Challenge teams brought unique creations to SEMA, after Scion gave each of them a tC, $15,000 and 90 days to modify it. At 11:00 AM on Wednesday, judges picked the Young Tea Scion Simpli-tC as the winner, the Walter Franco Scion L-DZ Concept got second, and third place went to the Josh Croll Scion WSD-tC. Check out the three videos below to watch the tC builds from start to finish.
Out of the FR-S concepts brought to the show, we're gravitating toward the GReddy Performance x Scion Racing Drift FR-S (top), which has the venerable 2JZ-GTE turbocharged straight-six engine in place of the flat-four that comes standard in the rear-wheel-drive coupe - ready to pump out 750 horsepower - and the Bulletproof FR-S Concept One, which features a striking, handmade wide body and a heavily modified, turbocharged flat-four that puts out 500 hp.