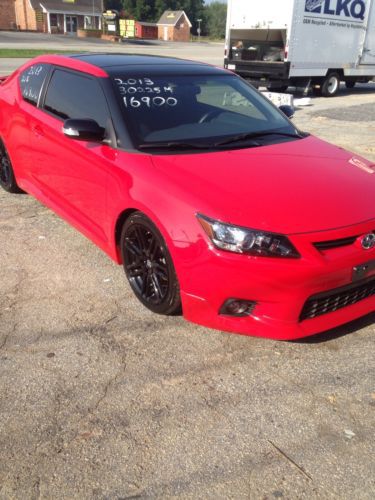 Scion xB to be replaced by Auris hatchbach, iQ dead after 2014

Scion seemed like such a good idea when it was first launched. Toyota's aim was to provide young people with stylish, affordable cars that would serve as a gateway to the automaker's family of products. It was also supposed to be something of an incubator for new ideas that were too radical for its more conservative Toyota and Lexus brands. Over a decade since its launch, the brand has languished, and today's showroom is populated by slow-selling and aging vehicles that have often been slow to receive upgrades. However, there may be a bright spot on the imminent horizon, as there are reportedly a slate of new models on the way over the next three years.
According to a model timeline published by Automotive News, the Scion lineup is about to get a major overhaul. First, the boxy xB may finally be going to the big refrigerator box in the sky, to be replaced by a version of the more conventionally styled Auris hatchback (pictured above) from overseas markets in early 2015. Later next year, the xD will also allegedly bow out in favor of a new hatchback based on the Mazda2 (thanks to a recently signed platform-sharing deal). For 2016, the sporty tC hatchback is also said to get a redesign, and interestingly enough, a Corolla-based compact crossover could join the ranks, too.
While those changes should boost sales volume, there's also news that's sure to make enthusiasts happy. Automotive News cites company executives who confirm a second-generation FR-S is on the way in early 2017. A Subaru exec also recently gave a similar confirmation that it was working on another BRZ.

Scion has become something of a tuner favorite, so it's only fitting that Toyota's youth-oriented brand have an array of show cars ready for SEMA each year. And this year will be no exception.
Scion itself is bringing five cars to SEMA this year, and as you might expect, they're mostly based on the FR-S. There's a black one done in partnership with DJ Steve Aoki with an onboard mixing station, another (in white and black) done with Bulletproof Automotive with a 500-horsepower engine and fresh bodywork, a grey one done up with GReddy with a 750-horsepower turbocharged engine and, the slickest of the group, the Style J concept (pictured above) with matte grey bodywork, a Scirocco-style nose and a full leather interior. There's also a stretched xB done up by Cartel Customs and laden with tech.
Aside from Scion's own show cars, the automaker has also released the details on three entries for its Tuner Challenge: one each from the East Coast, Pacific Northwest and Southern California. Scion gave each builder a stock tC, 90 days and $15,000 to build their concepts that will be judged by an expert panel at the SEMA show, with the winner taking home a $10,000 prize.