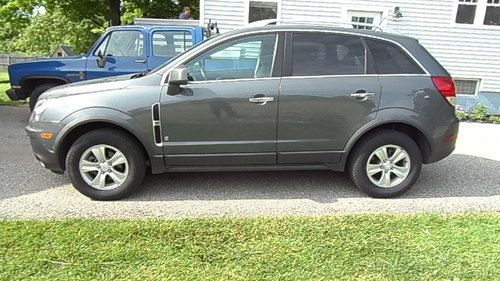 Condition: UsedA vehicle is considered used if it has been registered and issued a title. Used vehicles have had at least one previous owner. The condition of the exterior, interior and engine can vary depending on the vehicle's history. See the seller's listing for full details and description of any imperfections.Seller Notes:"two small dings on right side not to bare metal and have touch up paint on them, as you would expect from a 5 year old car"

One owner vue, non smoker   nice car all wheel drive,  heated front cloth seats, heated power mirros, cd and xm ready, never any wrecks or bodywork, no problems,  it has 2 small parking lot dings and a few small chips as you would expect from a 5 year old car.   it will need tires before winter, they are original. the tires are safe to drive and are worn evenly, but getting low on tread.  oil changed every 3k since new.

front brakes are original so if it sells I will install new front rotors and pads for no additional cost.  for sale locally so auction can end anytime