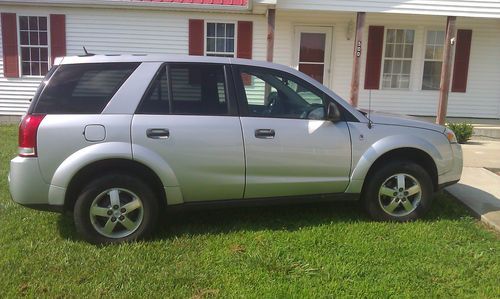 2006 saturn vue 4 door hatchback with elecrtic sunroof 4cyl 5 speed runs and drives great just had brand new struts and bushings in the front the tires in decent shape it has 148,000 miles still runs great only thing that is wrong with it is the ac compressor is out and has a small scratch on back bumper everything else works fine have had no problems at all it is clean title vehicle very good gas mileage get over 400 miles on a tank it has xm radio cruise control and onstar all access is on steering wheel controls and it is front wheel drive asking $5,000.00 OBO