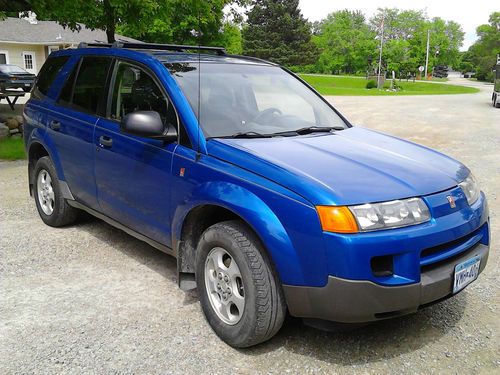 I am selling my Saturn vue. I am the original owner of this vue as I bought this brand new. It does have air bags with cloth interior, but it does not have moonroof. This is a manual transmission with the 4cyl engine and 122,000 miles. it runs and drives great and it needs nothing. I am only selling it to buy a brand new car. Since I have owned it, I haven't had to do anything major to this vue. I have only needed to do the minor stuff like battery, breaks, tires, ect. the tires are in fair condition. I don't really keep track of my mpg, but if I remember correctly I get about 26-28mpg.

Accident free and I have a clean title in hand with no liens,,,ready to transfer into your name today.