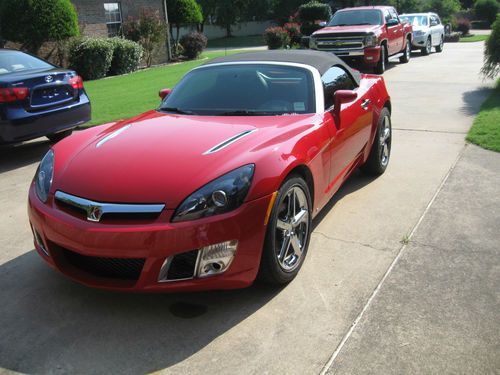 THIS IS IT! THE CLOSEST THING YOU CAN GET TO A NEW SPORTS CAR WITHOUT PAYING THE NEW CAR PRICES. THIS CAR ABOUT HAS IT ALL. SMOKEFREE, AUTO, COLD AC, ALL POWER, CRUISE, PREMIUM SOUND, PREMIUM WHEELS, SPOILER, LEATHER, AND A LOT OF TREAD LEFT ON THE TIRES. REMEMBER, THIS IS A CONVERTIBLE RED LINE ROADSTER WITH "TURBO". THIS CAR ONLY HAS 20K HIGHWAY, WELL PAMPERED MILES. EVERYTHING WORKS PERFECT AND IS A SUPER NICE RIDE. I HAVE A GOOD CLEAN TITLE IN MY POSSESSION. PLEASE CALL ME @ 501-984-0140 IF YOU HAVE ANY QUESTIONS.