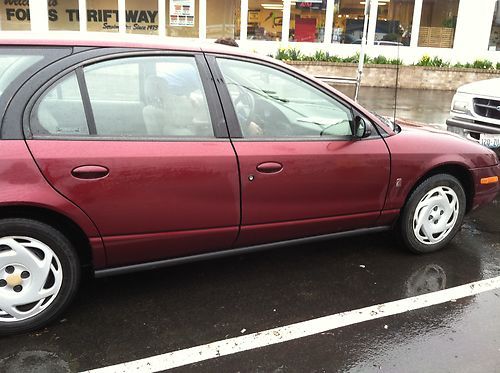 For sale is my 2001 Saturn wagon.   Has been a reliable daily driver.  Average about  30 to 33 mpg.  Cloth seats, interior is in good shape, no tears in the seat.  Power locks, AC, PS, intermittent wipers, factory AM FM with Cd.  Any questions feel free to ask.  Have more pictures, email if interested.  Will Need new tires soon.  Is listed localy, so I reserve the right to end auction early should it sell. Can assist with delivery, can negotiate delivery also.