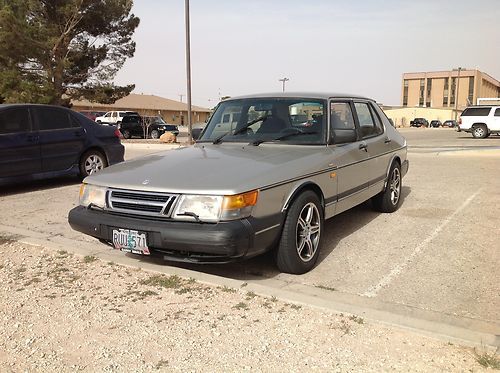 This is a CLASSIC design. Buy it for the style.

It has been reliable but has over 205,000 miles and a check engine light. It starts strongly and runs fine and I've very recently changed the fuel filter, Air Mass Sensor, spark plugs, and tires. Engine drips small amounts of oil but I haven't had to add a drop since the last oil change (~5k ago from Jiffy Lube & fully synthetic). No other drips of any kind. No dents- very minor dings only. No major accidents.
CLEAN TITLE. I'm the 4th owner. AutoCheck your heart out. Bought in Bend, OR.
I work away from my home state & right now it is in southeast New Mexico as my work car. In other words, unless you are very close by it needs to be picked up or shipped. I have the title here and for this small amount, cash or check only.