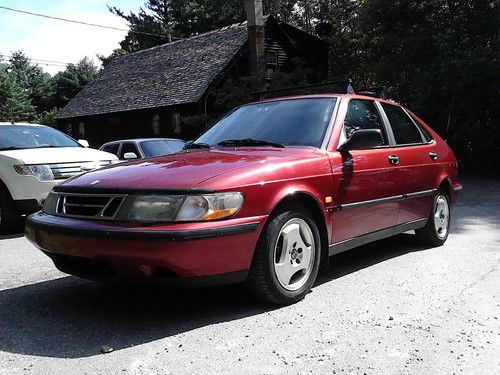 Condition: UsedA vehicle is considered used if it has been registered and issued a title. Used vehicles have had at least one previous owner. The condition of the exterior, interior and engine can vary depending on the vehicle's history. See the seller's listing for full details and description of any imperfections.Seller Notes:"exhaust leak, speedometer is intermittent."

2.3L non-turbo engine
213,xxx milesRed exteriorGray interiorRuns and drives greatBrand new tiresBrand new brakes (all 4 pads and rotors)New clutchReady to get in and drive. Daily driver. Would trust across country without touching a thing.
Normal wear and tear for age. Rock chips in paint on hood. Small surface rust spots bubbling up under the paint in the typical places. No through rust visible. Solid car.
Needs exhaust leak repaired (leaking at intermediate pipe. Was quoted $25 for a shop to weld it or $100 to replace the pipe with a new one). Speedometer works occasionally (loose connection behind dash. Easy fix if you wanted to.)
Title in hand. See photos for details. Sold as-is. Pre-inspections encouraged and welcome.