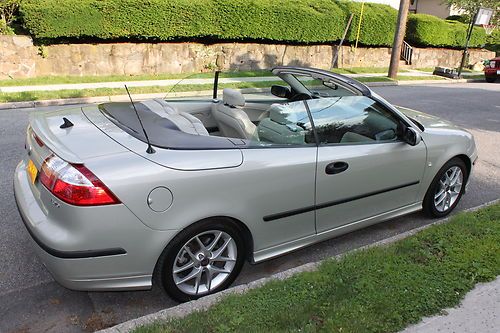 87,000 miles, 210 HP, 5-speed, this Aero model is the top model available in 2005 with many options.  I would categorize this car as luxury/sport model. I have the original window sticker (see pictures) and the original sticker price was $46,000.  I have a clear title in hand ready to go!
Key Features:
Estimated 21 mpg/city and 28 mpg highway
Two Tone Leather Seats
Fully Automatic Soft Top
Front Heated Seats
Touring Package
Xenon Head Lamps w/High Pressure Washers
Rain Sensing Wipers
6-Disc CD Changer/Aux Input
Too many features to list, please see the photos of the original invoice for all the details.
Recently serviced, Continental tires with plenty of tread, I will include an extra set of 4 tires/rims(not in perfect condition).  This car is for sale locally. Come see it in person if you can.
Please email me with any questions.