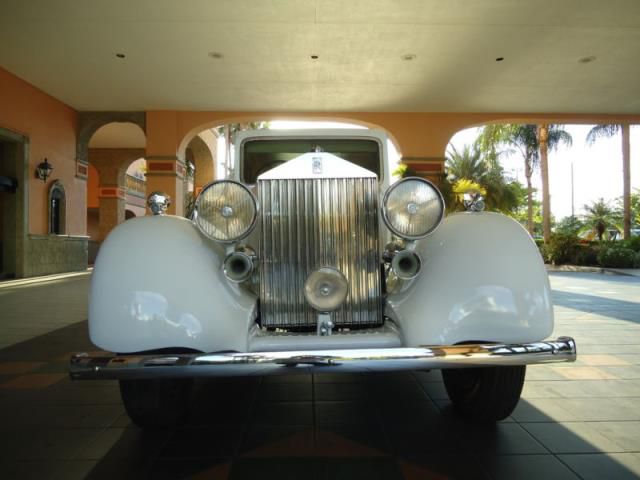 A handsome, correct and very sound example of a traditional, spacious limousine with a nicely light and airy interior. The coachwork is good and strong, with good door fits, etc, immaculate paintwork, and a gorgeous clean interior, with jumper seats, etc. The car is impressive to behold, with its imposing frontal appearance, runs very well, serviced, prepared and newly MoT tested. Coach by Hooper

Until a few years ago, the Rolls-Royce product portfolio revolved around one model line, and that was the Phantom. But with the launch of the Ghost in 2010, the Goodwood-based automaker is expanding further. As with the Phantom line, a long-wheelbase Ghost ensued, followed by a coupe in the form of the Wraith. And now, as might have been expected, Rolls-Royce has reportedly confirmed development of a new convertible based on the same platform.
The new cabrio will be based closely on the Wraith, only with a convertible roof. Expect the same 6.6-liter twin-turbo V12 that powers the Wraith to carry over with the same 624-horsepower output - the highest of any production Rolls-Royce - but with a bit more weight to push, the convertible ought to be a bit more sluggish off the line than the Wraith's 4.4-second 0-60 time.
We can also expect a higher sticker price, but closer to the Wraith's $320,000 MSRP than the Phantom Drophead Coupe's $470k. Whether Rolls opts to call it the Wraith DHC or use another nameplate entirely remains to be seen, but Autocar reports that the new Rolls cabrio won't arrive until 2015, so we've got a little while to go.