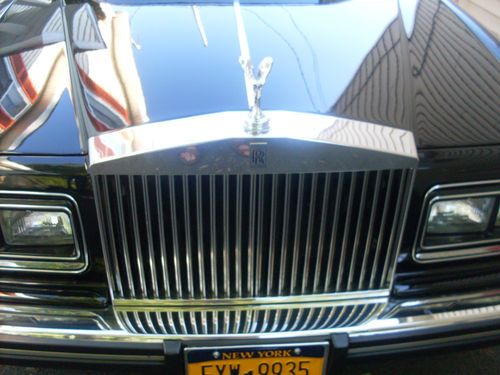 Andy Warhol is one of the most recognizable artists of the 20th Century. With hits like his famous Campbell's soup cans and Marilyn Monroe portraits, he is likely the first name you think of in association with the pop art movement. He isn't known for being an auto enthusiast, though, but maybe that's not entirely the case - there was his BMW M1 art car, after all. Now, Warhol's 1974 Rolls-Royce Silver Shadow is up for auction on eBay Motors.
According the seller, Warhol never had a driver's license, but he still wanted to own a luxurious car. It's claimed that he occasionally had his famous friends, including Jacqueline Kennedy Onassis, chauffeur him around in the Rolls. Following Warhol's death in 1987, the car was auctioned for $77,000, and since then it has only been sold to one additional owner.
The Rolls is painted Walnut and Mason's Black, which appears closer to a shade of brown in these photos, with a black leather interior. The engine is the company's' popular 6.75-liter V8 with a three-speed automatic transmission, and there are just 56,000 miles on this luxurious classic. The seller is including copies of original purchase order from Rolls-Royce and the title to Warhol Enterprises to prove the famous artist's ownership of the car, plus all of its service records.