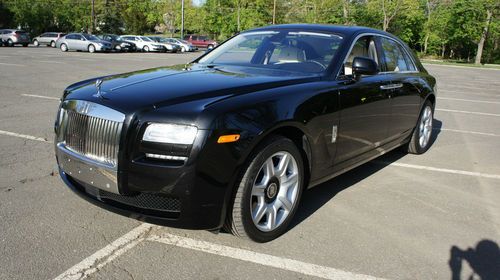 This 2012 Rolls Royce Ghost is a one owner vehicle with clean carfax.  Please call me for more information on this vehicle.