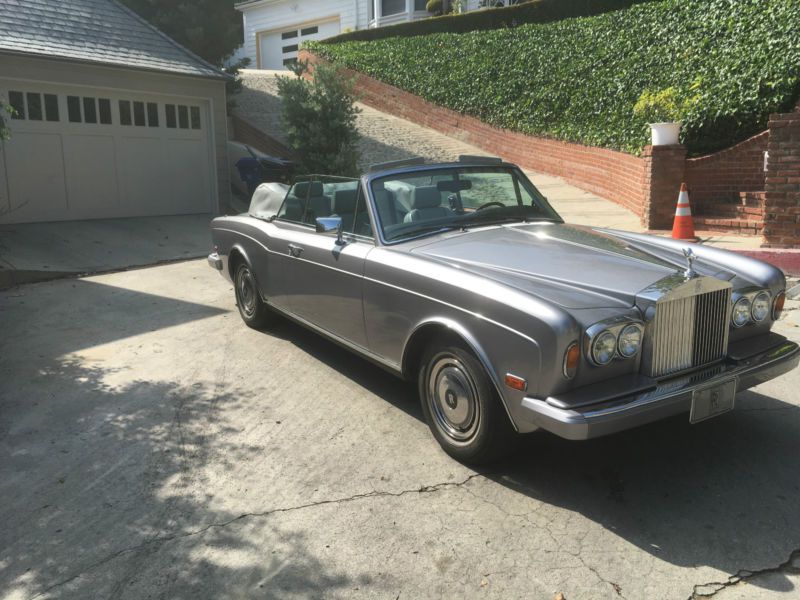 Beautiful- no expense spared in maintenance or restoration. This car is part of a large, high end collection.
Beautiful color combination.
Car received a full, factory color respray in 2005 along with restored wood trim and mechanical refreshing.
In 2015 the car was further restored with all new glass, rubber trim, felt for the windows, new AC compressor,
New Brakes, New AVON OEM Whitewall tires (made in UK and over $600 each), restored convertible top ECU, restored
electronic seat ECU and buttons, restored alarm/remote ECU.
Two Owner Car in Southern California
Used sparingly since restoration work
No accidents - Clean Carfax and Title
New Focal (French) Speakers and Kenwood elite radio (handsfree bluetooth phone and USB ipod/iphone music plug)
Over $17,000 of recent receipts from a Marque specialist.
This car is a real head turner, collectible, and will surely continue to go up in value as the last year of an
automotive legend.

Rolls-Royce choose this year's Shanghai Motor Show as the occasion to show off its achingly cool Alpine Trial Centenary Edition Ghost, but The Quail was the site of the car's North American coming out party.
The one-off Rolls pays tribute to a heroic moment in the marque's history, when four 1913 Silver Ghosts, three factory cars and one privateer entry, successfully completed the 1,820-mile Austrian Alpine Trials. The privateer racer in question, James Radley, is the gentleman responsible for the pretty color combination you see on this new Ghost. Radley's blue bodywork over black wheels looked great in 1913 and haven't lost any luster 100 years on to our eyes.
You can revisit the details about this historically rooted Rolls-Royce in the press release below, or simply take a stroll through our fresh gallery of images from The Quail.