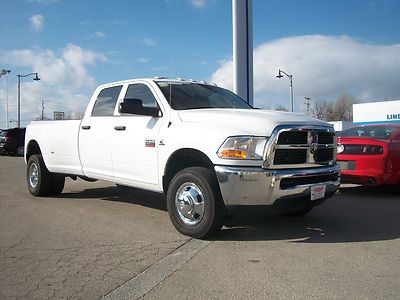 Trucks are king in Texas, so the annual Truck of Texas awarded by the Texas Auto Writers Association gives automakers big bragging rights. This year's Texas Truck Rodeo featured 63 trucks, crossover and SUVs, and the 2014 Ram 1500 took home the prestigious Truck of Texas, giving the pickup back-to-back wins for this award. The good news didn't stop there for Chrysler Group, as Ram, Dodge and Jeep dominated most other categories, accounting for 14 of the possible 24 awards.
Ram also was named the Truck Line of Texas winning seven individual awards - including Best Powertrain with its 3.0-liter EcoDiesel, Best Technology with the new Heavy Duty rear coil suspension and Best Commercial Vehicle with the 2014 Ram Promaster. The Jeep Grand Cherokee won two individual awards to be named the SUV of Texas, while the Hyundai Santa Fe was named the Crossover of Texas, and Nissan picked up three awards, too. Scroll down for the full list of categories and winners.