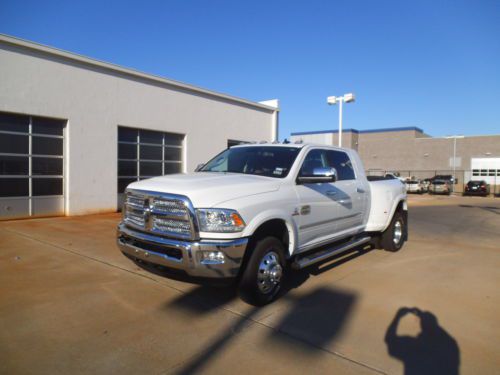 The newest Ram Power Wagon is arguably the most imposing vehicle to be shown at the 2014 New York Auto Show, boasting a number of new aesthetic features, as well as a new graphics package.
Ram added a 6.4-liter V8 as an optional engine for 2014, but in the Power Wagon, it's the sole powerplant, boasting 410 horsepower and 429 pound-feet of torque. An equally robust six-speed automatic backs up the brawny engine, while 4.10 gearing, an 11.5-inch rear axle and electronically locking front and rear diffs come standard.
A new five-link coil rear suspension and Bilstein monotube shocks should deliver a pretty comfortable ride, while the Power Wagon's off-road ability is complemented by the new Articulink system on the front suspension, which offers electronic sway-bar disconnect. 33-inch Goodyear rubber comes standard.