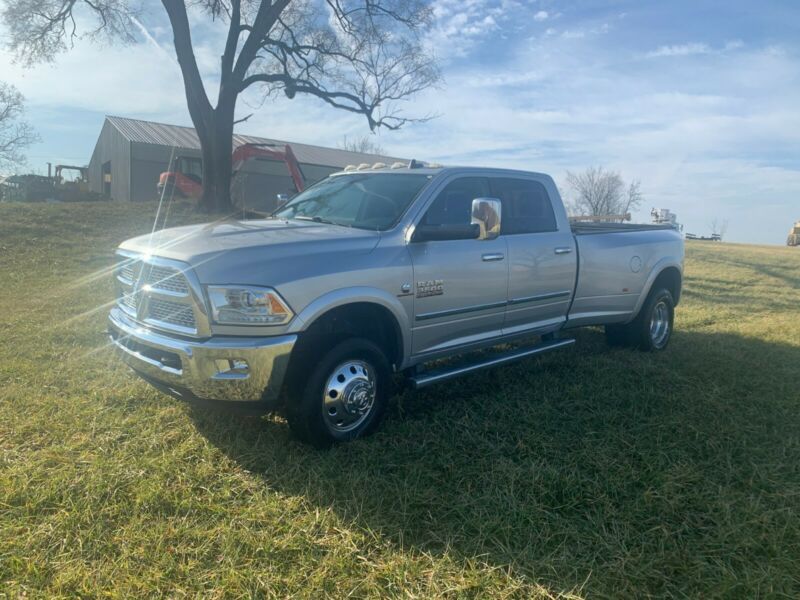 This truck is loaded with ALL options except the console, snow prep and dual alternators.
Options include, heated/vent seats, air bag suspension, Aisin Transmission, Keyless entry, remote start, cummins
motor, navigation, cd player, leather, sunroof, cruise, air, etc etc. i ordered this truck without the console,
there are very few around like this one. Never wrecked, Oil changed regulatory, A/C Pump was replaced just months
after it was new, water pump also replaced a couple years ago and new batteries 3 months ago. Slight bumps and
bruises on the truck as with any 4 year old truck but in good condition over all.

American Expedition Vehicles showed off its simply named Ram Concept at this year's SEMA Show in Las Vegas. Starting with a 2014 Ram 2500 Crew Cab and a 6.7-liter Cummins turbodiesel, the Michigan-based team at AEV, which has made a name for itself building ultra-capable Jeeps, promises that this Ram is a "complete vehicle package."
As part of that "complete vehicle package," the AEV Ram has been lifted three inches in front and two in the back, in order to give it a level ride. The suspension tweaks don't end there, though, as the geometry has been changed and custom shocks fitted, while AEV modified the truck's steering to make it more precise.
It rides on massive BF Goodrich rubber and 17-inch AEV wheels. The front bumper is from stamped steel and can accommodate a winch and auxiliary lights, as needed. Other body mods include flared fenders that can handle the larger rubber.