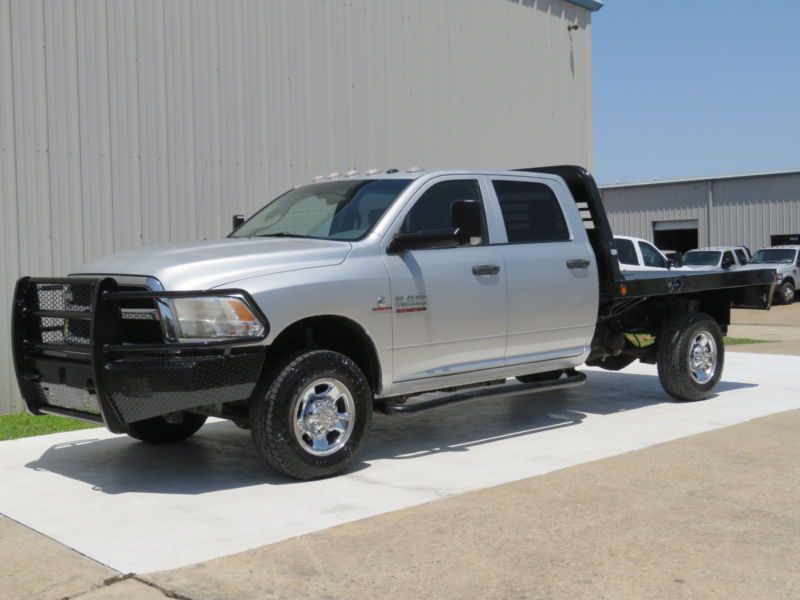 More infos regarding my car at: delfina.mccier@zoho.com .

If you've been waiting for Chrysler to shoehorn its new Hellcat engine into the Ram 1500 pickup, you may be waiting a while. Our compatriots at Car and Driver spoke to Ram CEO Bob Hegbloom about the prospect of a Hellcat pickup, and his answer was less than promising: "At this time, I would say no."
That doesn't mean it'll never happen, but does suggest that such a project is not currently in the cards. Which is a bit of a shame, considering how the last Mopar muscle truck turned out. The Dodge Ram SRT-10 was powered by essentially the same V10 engine as the Viper, channeled (in the short-cab version anyway) to the rear wheels through a six-speed manual. The supercharged, 707-horsepower Hellcat engine now available in the Challenger coupe and Charger sedan is even more powerful, and would make one heck of a performance truck - the kind that, long-travel suspension aside, might make some enthusiasts forget all about the Ford F-150 SVT Raptor.
In the meantime, we're still holding out hope that the Trackhawk name registered by Chrysler recently will point the way towards a Hellcat-powered Jeep Grand Cherokee SRT. Where would you most like to see the Hellcat engine pop up next?