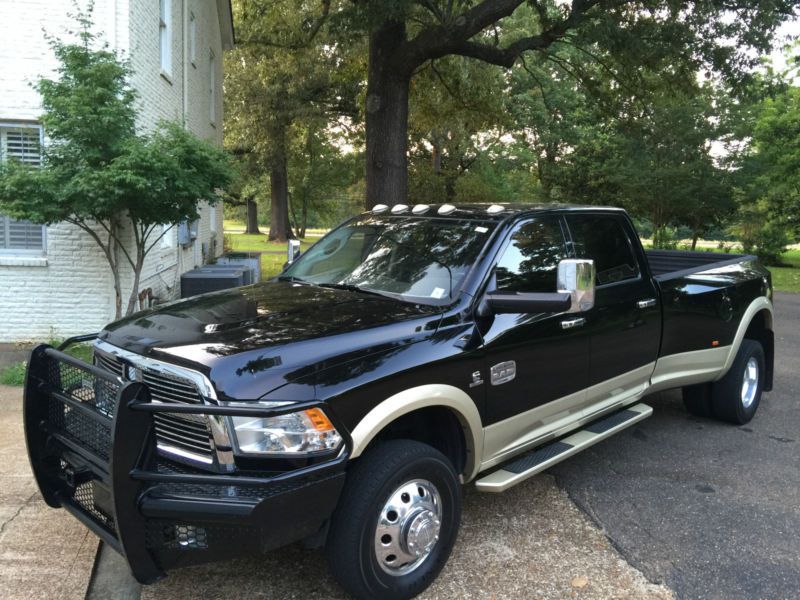 IF YOU ARE INTERESTED EMAIL ME AT: kemberlykvviener@ukelectricians.net . 2012 Dodge Ram 3500 Laramie Longhorn Edition Crew Cab 4x4 Dually
Truck has a Ranch Hand legend front bumper
This is a 2 owner truck within the same family that has never been used to haul
a gooseneck trailer and has never been used as a work truck
Truck has normal wear, bumper has a scratch on end from when bumper was shipped
to me new in the box.
My family bought this truck brand new off the showroom floor and it has
only transferred ownership within our family once, so it really is a one owner
vehicle even though the vehicle report says its a two owner truck. it has never
been owned outside of our family.