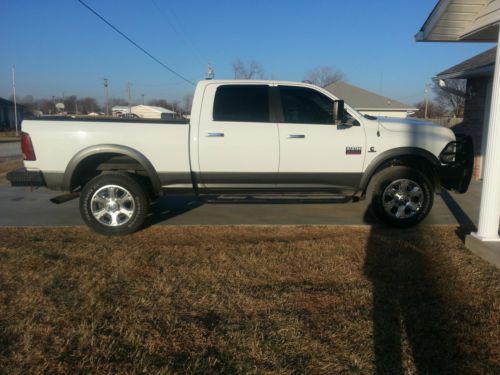 We've already had a chance to drive the 2014 Ram 3500 HD, but the big news for the 2014 Ram Heavy Duty lineup might be centered around the three-quarter-ton 2500 model. Chrysler has released a new video highlighting the new features of the 2014 Ram 2500 HD, including its new optional engine and new rear suspension components.
The video starts by showing off the Ram's new 410-horsepower 6.4-liter Hemi V8 and then gives us an up-close look at the coil spring, multi-link rear suspension - one of the truck's most important upgrades aimed at delivering a smooth ride. In addition to this coil suspension, the Ram 2500 HD will also be available with a rear air suspension system, which Chrysler says will optimize the truck's hauling abilities with better load leveling and trailer towing.
Scroll down for the walkaround video of the 2500 HD from Chrysler as well as the original press release breaking down all of the truck's new-for-2014 features.