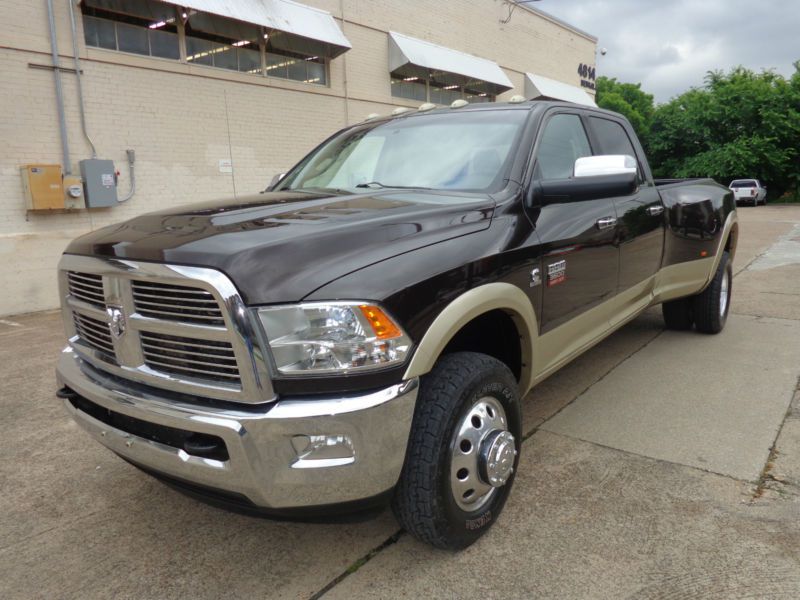 Feel free to ask me any questions about the car : aleaseattiemeyer@clubporsche.com .

2011 Dodge Ram 3500 Laramie Crew Cab Dually 6.7 Liter Cummins Turbo Diesel 4x4 that is Rugged Brown Pearlcoat in
Color with Tan Leather Interior.This Laramie has been highly maintained and it is VERY clean with only the
slightest minimal wear and tear.We purchased it from the individual who bought it new and it is accident free.It
comes equipped with power windows,power locks,tilt,cruise,dual power heated and cooled seats,power glass
moonroof,Factory Navigation with back up camera,heated steering wheel,Alpine Audio and much more.The leather
interior is clean and it is a non smoker and all power componets work including the four wheel drive and the ac is
ice cold.It rides and drives great and has a brand new set of tires.The Cummins Turbo Diesel is solid and you can
inspect anytime as this one will pass any test.
2011 RAM 3500
VIN: 3D73Y4CL1BG546328
CREW PICKUP
6.7L L6 DIR OHV 24V
4 WHEEL DRIVE