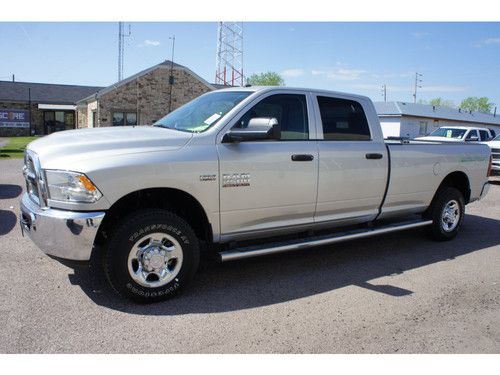 Remember when Mahindra & Mahindra was close to offering a compact diesel pickup here? A million voices from the truck-and-bed-loving tribes of the Internet cried out at once in anticipation, only to be silenced in disappointment when it didn't happen. And this was for a jitney with a bed that didn't exactly look robust in its press photos. The message these fans had was clear: light-duty truck + a diesel engine = a prayer answered for a significant contingent of truck buyers.
Ram tells us a fullsize diesel half-ton has been the number-one demand from customers, and it will be the first manufacturer to grand the wish when the 2014 Ram 1500 goes on sale early next year - "late availability" in Q1 of 2014 is the official word - with a 3.0-liter, six-cylinder turbodiesel provided by VM Motori. If you're wondering about the engine source, VM Motori has been a Chrysler supplier since 1992. DaimlerChrysler bought VM Motori in 2000, and after a few ownership-stake changes since then, it is presently a 50-50 joint venture between General Motors and Fiat. That will change shortly, however, with Fiat recently announcing it will buy GM's share and take full control of the company.
Driving Notes