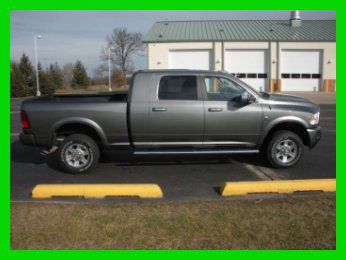 Some recalls we report on are bigger than others. This one involves a big vehicle, but only 159 of them. No, not 159,000. Just 159.
The vehicle in question is the Ram 1500 - specifically the 2014 model, and more specifically than that, those made over the course of 12 days in late January and early February of this year. According to the statement below, Chrysler was notified by one of its transmission suppliers that a small shipment of gearboxes might have difficulty shifting into Park.
Although the Auburn Hills, MI-based automaker says it is unaware of any accidents or injuries having resulted from the issue, and has not received any specific complaints, it is notifying the owners of the 159 trucks in question to bring their pickups in for service and, if necessary, to have the entire transmission replaced.