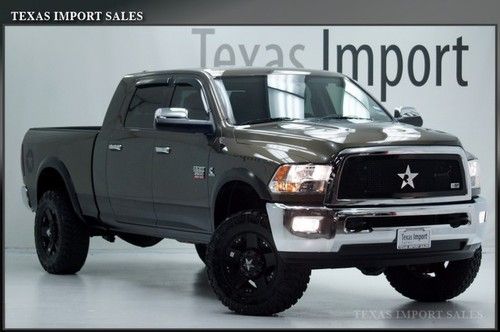 Chevy ramping Silverado incentives after Ram beats it in March

General Motors isn't losing the pickup war without a fight. With the Silverado narrowly falling to third place in the truck segment in March, Chevrolet has announced that it is going to continue its Truck Month pricing through the end of April. In addition to those incentives, some Chevy pickups are going to see even deeper discounts, according to Automotive News.
General Motors Sales Reporting spokesperson Jim Cain says the reason for extending the sale is simple. "It worked," he said. The Silverado's sales were up 6.8 percent for March, which is a big win for a truck with sales down 7.6 percent for the year so far. "Last month we handily beat expectations," he said. Cain attributed the success to having "a simple, straightforward message." He also claimed that the pickup was also able to see growth with lower incentives than competitors. With the weather warming and the economy improving, he thinks the Silverado has the momentum to improve further.
The Truck Month incentives knock as much as $7,541 off some Silverado models, and Chevy is planning even more incentives on top of that in April. "Okay - time to take the gloves off and go back and take back what rightfully belongs to every one of you ... Silverado truck sales," said an email sent to dealers from GM's district manager in the Northeast, received by Automotive News, announcing lower lease rates.

While Chrysler has been behind the Super Bowl's most talked-about commercials for the past few years, this is the first year the automaker has added an element of charity to its marketing plans for the big game.
Chrysler aired a pair of two-minutes ads during the Super Bowl this year, one for Jeep called Whole Again, and the other for the Ram brand called Farmer. As we mentioned earlier in the week, Jeep has promised to give up to $300,000 to the United Services Organization (USO). The brand, whose own history is forever tied to this country's military, will donate $1 for every tweet with the hashtag #joinOSR, or visit to Yahoo.com or the Jeep Operation SAFE Return website.
Ram had somewhat loftier goals, pledging to give up to $1 million to the Future Farmers of America. The plan was to donate $100,000 for every 1 million times the commercial was seen, shared or emailed from its website. Now we have word from Ram brand chief Fred Diaz that the million-dollar goal has been reached less than five days after the ad first aired.