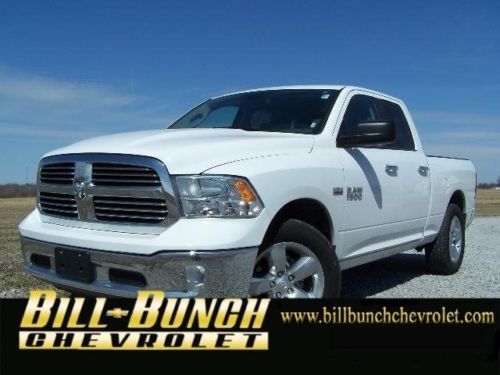 The current-generation Ram 1500 is entering its fifth year on the market, but Ram's half-ton truck is not showing its age whatsoever. While we continue to wait for the fuel economy figures for the all-new EcoDiesel V6, Ram has released towing figures for trucks equipped with this new engine, as well as models fitted with the upgraded gasoline-powered V6.
The EcoDiesel - a $2,850 option - will help the Ram compete with V8-powered trucks with its max towing capacity of 9,200 pounds, which is just 50 pounds shy of the 2013 Ram 1500 with the 5.7-liter V8. The true benefit here is that the diesel should return impressive fuel economy in the process, and even though official estimates have yet to be released, Chrysler has promised that it will achieve more than 25 miles per gallon on the highway.
But even with the Pentastar 3.6-liter V6, upgrades to the eight-speed automatic transmission have resulted in an increase in towing capacity, now up to 7,450 pounds. This number is expected to be best in class for base-engine trucks.