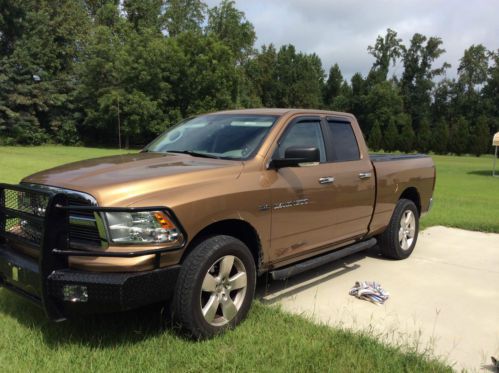 Chrysler is reportedly having a hard time ramping up production of its 2013 Ram 1500. According to The Detroit News, only 16 of the 58 trucks built at the Warren Truck Assembly Plant during the model's first hour passed final inspection. While quality eventually improved over the course of the day, just over half of the units built on Thursday were approved for shipment. Even with workers ordered to stay late to fix their mistakes, some 1,078 units remained outside the facility with defects. The problem, according to workers at the plant, is morale.
According to the report, Chrysler recently changed the shift schedule at the plant and workers are unhappy with the new situation. The new plan has workers split into three shifts, each covering four 10-hour days. With the shifts staggered, some workers now have to work nights and on Saturdays. Some employees are so upset that they've taken to protesting, though the move isn't sanctioned by the United Auto Workers.
Meanwhile, Chrysler admits there were internal issues with the launch, but that the company was able to contain them. A spokesperson has said "plant quality indicators are getting progressively better."