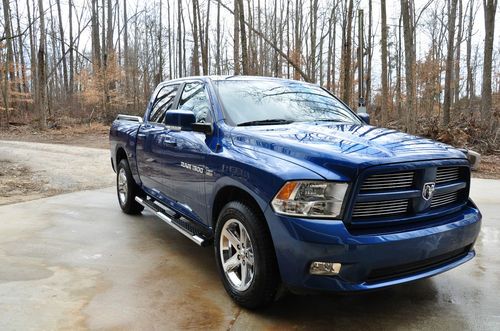 Condition: Used: A vehicle is considered used if it has been registered and issued a title. Used vehicles have had at least one previous owner. The condition of the exterior, interior and engine can vary depending on the vehicle's history. See the seller's listing for full details and description of any imperfections. ...
2011 Dodge Ram 1500 Sport 4x4
Factory Installed Options:
This truck is basically brand new with ~24,000 miles on the odometer.  I am only selling due to purchase of a house.  It costs $47,305 new, and Kelly blue book puts it's value at $33,400!  My loss is your gain...get a truck that isn't even broke in yet and save hundreds of thousands of dollars!!!!
To see a video of this truck go to Marine660 youtube channel, or just google Marine660 and you will see the video (not sure how to link the video onto this listing)