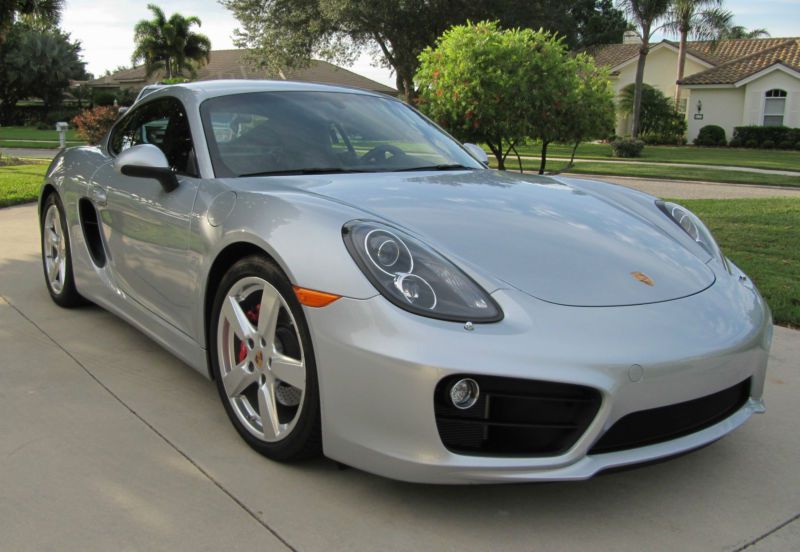 More details at: shadswwally@ukprofessionals.com . It is practically new - one year old and barely driven - in classic Rhodium Silver Metallic with Standard
interior in Black.
I am the original owner and bought the car from Porsche of Orlando in May, 2014.
It was custom-built with performance options important for safe and vigorous driving - Manual transmission,
Porsche Torque Vectoring System, PASM, Power Sport Seats with Memory Package, and Bi-Xenon Headlights with Porsche
Dinamic Light Sysyem.
Other options include Premium, Convenience ( two-zone automatic air conditioning, heated seats, exterior and
interior temperature sensors, solar sensor, and active carbon filter), and Smoking Packages, Park Assist (rear),
Wheel Center Caps with Colored Porsche Crest, Sport Design steering wheel, Fire extinguisher, and Deletion of Model
Designation.
The car is under Porsche warranty until May, 2018. In addition, it is covered by LoJack Stolen Vehichle Recovery
Service.
Condition of the car is excellent; the first scheduled service and inspection were completed by Sarasota Porsche
dealership in April, 2015. This is a non-smoker vehicle.
It has not been modified or tracked. The manuals, window sticker, Sarasota Porsche service record, and two keys are
available. The Title is in hand.
The car is located in Sarasota, Florida (10 minutes East of I-75, exits 205 or 207).