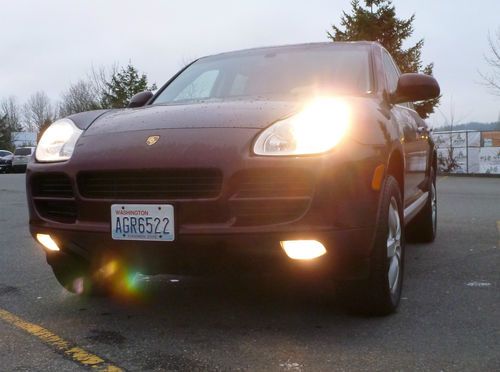 Condition: Used: A vehicle is considered used if it has been registered and issued a title. Used vehicles have had at least one previous owner. The condition of the exterior, interior and engine can vary depending on the vehicle's history. See the seller's listing for full details and description of any imperfections. ...
Did you know that 75% of Porsches ever made are still running today?
This is a car that will go forever- with the convenience of an SUV and the handling of a sports car, you're in for a fun ride!
This car is in excellent condition and used been used very gently, with regular maintenance. Never been in a collision, front breaks were just changed, no dents/ or broken stuff.
The interior is in good shape w/ some normal wear and tear (please see pictures).
If you're looking at this listing, I'm assuming you know what the 2005 Cayenne is all about.
My favorite feature- seat position memory!!
If you have any question, please don't hesitate to message!