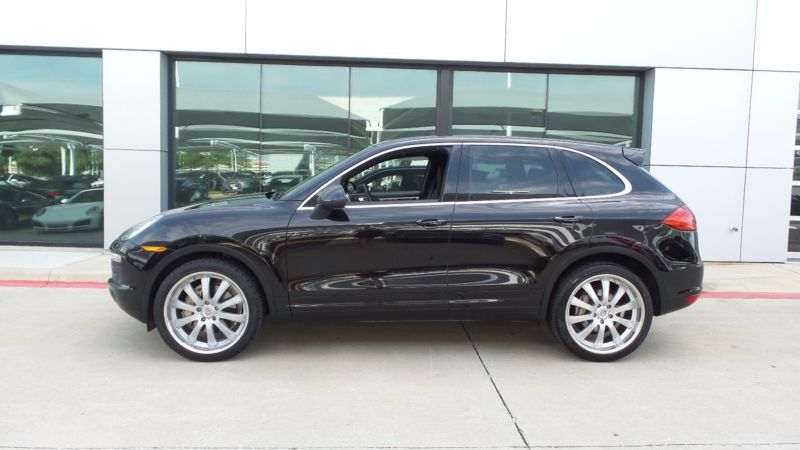 I am always available by mail at: roccokantarian@netzero.net .

You will not find a more clean, better cared-for example of a Cayenne S! Perfect interior & exterior, garage kept,
and Non-smoker.

100% of its care was done at Porsche Plano by the first and second owners. All maintenance and service done for
Porsche Certification less than 5,000 miles ago (Brakes, Tires, Tune, Spark-plug & oil service).

One of the safest SUVs on the planet with its oversized brakes, numerous airbags, and German construction, the
Porsche Cayenne is the ultimate in SUV performance and capability. Agile, quick, and handling that rivals many
sports cars and btw, the Cayenne can tow 7,700 pounds.