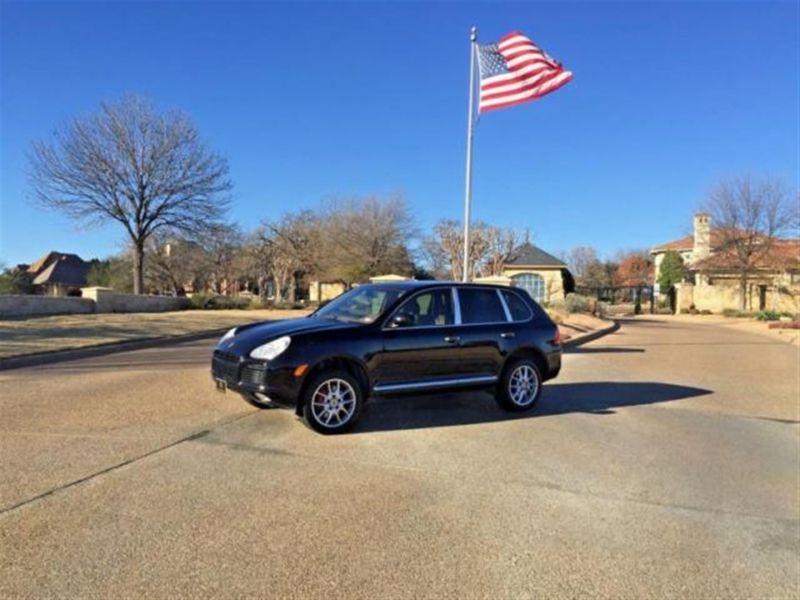 I bought my wife new car for Christmas , so Cayenne Turbo for sale. Excellentcar, beautiful interior and exterior. Solid motor, suspension , transmission -new rotors and brakes within the last three months. Been raining for a week sohaven't added pictures (stock photo for now) . If we get sunshine I'lladd pix or for serious bidder I'll take pix rain or shine. Motor Trend says; Is it fast? Is Wiedeking hard to spell? The vehicle's quickness and speed(we recorded 0 to 60 mph in 5.0 seconds and a quarter-mile pass in 13.5 seconds)are stunning, but here numbers fail us; it's not the velocity per se butthe giddy sensation of enormous mass being manhandled by oceanic force, like atugboat thrown on the beach by a tsunami. The Cayenne reactor is a 4.5-liter V-8 with dry-sump and other fancy plumbing to keep it oilyand cool in extreme off-roading. Thanks to its VarioCam intake-valve timing, themotor produces peak torque of 457 pound-feet between 2250 and 4750 rpm and anice fat 450 horsepower at 6000 rpm. The soundtrack to all of this is afuturistic warbling of metallic timbre and menacing vibrato that makes TheMatrix soundtrack seem like folk music. Prefer to transfer in person, but willship if needed. HOWEVER , I have recently dealt with a thief helped by Paypal ,soooooo Absolutely NO PayPal - all funds must be fully cleared or escrowedbefore any shipping or title transfer. Sorry , just the world we live in today.It's a beautiful car; Elegant and fun to drive. Thanks for looking.
Any questions at : MitsukoHinesleymhqt@yahoo.com