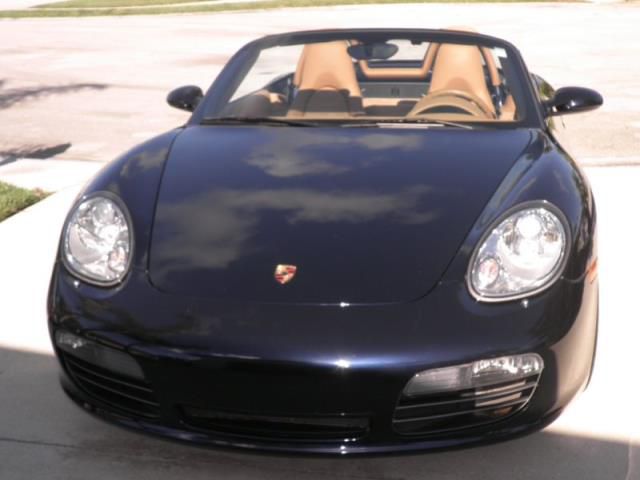 2006 PORSCHE BOXSTER S WITH EXTRAS Meticulously maintained and in immaculate condition, this Porsche Boxster S has all the standard features plus many options not normally found. The Midnight Blue Metallic finish sparkles in the sun and is contrasted with the Sand Beige interior showing little or minor signs of wear as it has been driven only a little over 4000 miles per year. The exterior has the Bi-Xenon headlight package with fog lamps and heated washer nozzles. The windstop makes driving with the top down at speed comfortable. A 7 ply fitted car cover is included. The interior is equipped with a Navigation System and trip computer, including a telephone interface, am/fm stereo and CD player. There is additional CD storage in the dash as well as hidden pop out cup holders.