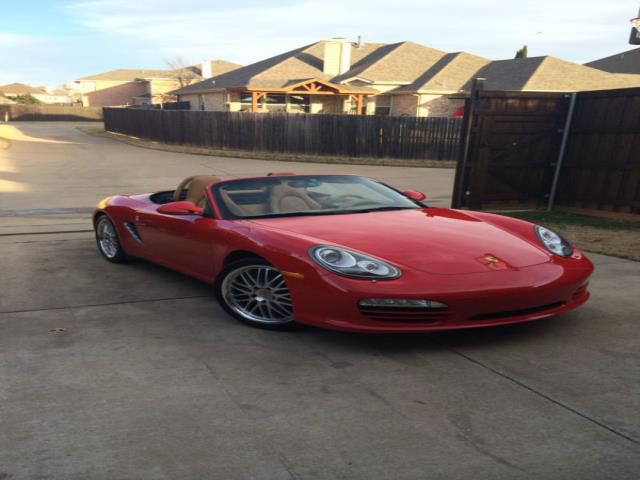 You are bidding on a 2009 Porsche Boxster that has been garage kept, by a non-smoker with no kids and meticulously maintained. This beautiful car is still under a certified pre-owned warranty up to 100,000 miles or until 2/2015, so buy with 100% confidence without the dealer up pricing. I've done my best to show the quality and condition of this car with the description and the photos but feel free to ask any questions or concerns you may have. This is a pickup only item, but I will do what I can from my end if you want to have it shipped, but all expenses are up to the buyer. I love this car and have treated it as such while I have owned it. I am also including the original 17" chrome rims with center caps x 4 in like new condition at no additional cost (photos upon request). Options: -PDK , Automatic-$3,500 upgrade -Keyless Entry -AC -Traction Control -Stability Control -ABS -Power steering -Tilt and telescoping steering wheel -Power windows -Power door locks -Cruise control -Dual airbags -Side airbags -Head curtain airbags -AM/FM Stereo -MP3 (single disc) -Bose Premium sound -Auxiliary outlet for Ipod -Communication Management system -Heated Leather seats -Dual power seats -Heated steering wheel -Power soft top (can be put up or down at up to 30 mph) -Rear spoiler (comes out automatically at 70 mph or manually with the push of a button) -Premium 19" Chrome rims -Bi-HID Headlights w/ washers -Two cup holders -2 CD holders -All paperwork from services available -Just replaced the front brakes and the rear tires. The front tires have about 50% tread life left.