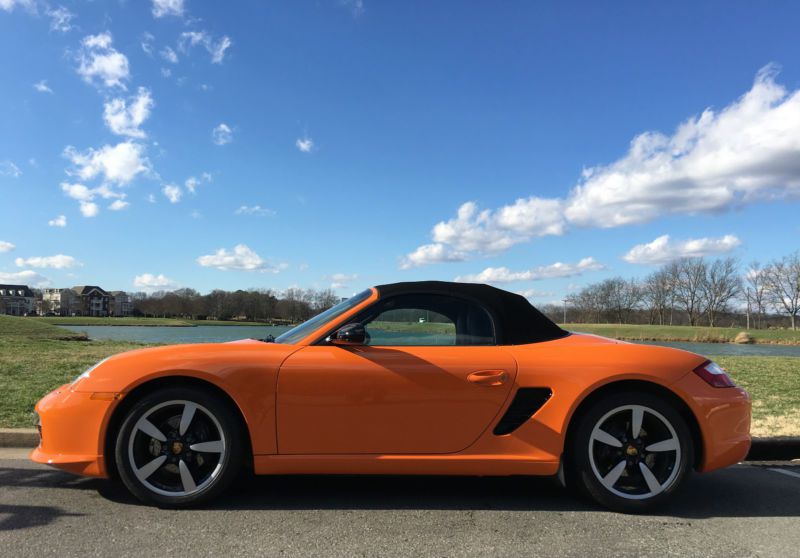 This is a pristine example of a 2008 Porsche Boxster Limited Edition. This is number 59 of 250 produced. This Boxster is collector grade and has only 8904 miles. It has been garage kept it's entire life. There is a clear bra on the front. There is no damage both cosmetically and mechanically. You will be hard pressed to tell the difference between this and a brand new one, the pictures speak for themselves. This Porsche has a manual transmission, sports exhaust, alcantara wheel and shift knob, color crested wheel center caps, and more. Clean and clear title on hand.