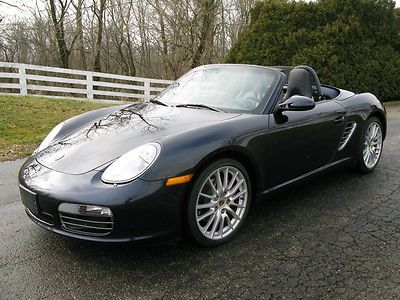 Porsche may have one more vehicle in its stable with the GTS moniker, if these spy shots are any indication. They show off the presumed 911 GTS lapping the track - the model meant to slide in under the GT3 to be a bit more driver-friendly but still very fast alternative to a stock Carrera.
At first glance, it might look like any other 911, but the devil is in the details. The most obvious among the differences are two centrally mounted exhaust outlets, rather than the ones closer to the corners on most of the current models. They also aren't perfectly in the center like the GT3. The taillights are also somewhat thicker than the current ones, and the rear decklid is split into three exposed sections.
This is the third time we've seen the presumed GTS. The first was as a coupe late last year. Then it showed up again in March testing in convertible form. Although, that version also sported fender vents at the rear.