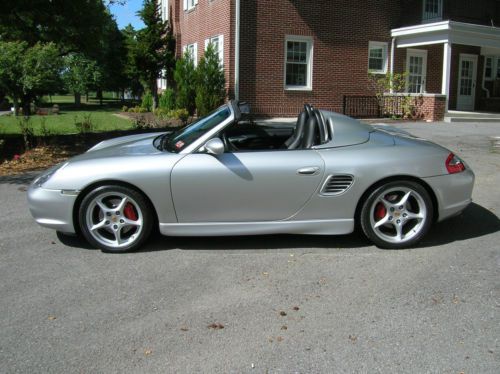 Gemballa went through the ringer last year, but rebounded with products that signal a complete turnaround. The latest is the recently-released Porsche 911 Carrera S with a Gemballa GT aerodynamics and technology package. Aero-wise, it includes carbon fiber additions beginning with a front bumper wearing the classic Gemballa air intake design and a lower, angrier splitter. New side skirts run from wheel to wheel, the final piece being a rear bumper in three sculpted horizontal sections featuring a rear diffuser tucked between six rectangular exhaust tips.
No engine mods have been made, but the technology part of the tune - springs that are 30 millimeters shorter yet still able to work with the PASM system - is claimed to make the car faster. Bringing things to a halt is a new Brembo brake system hiding behind 21-inch GForged wheels that are lighter than Porsche's standard 20-inchers.
The Gemballa GT aero kit runs €19,860 ($26,070 U.S.), which includes paint and installation if you happen to be in Germany, and we're assuming that includes the suspension modification, brakes and sport exhaust. The GForged wheels are another €9,895 ($12,989 U.S.) depending on your choice of tire. Check out the press release below for more info, and the photo gallery above for all the angles.