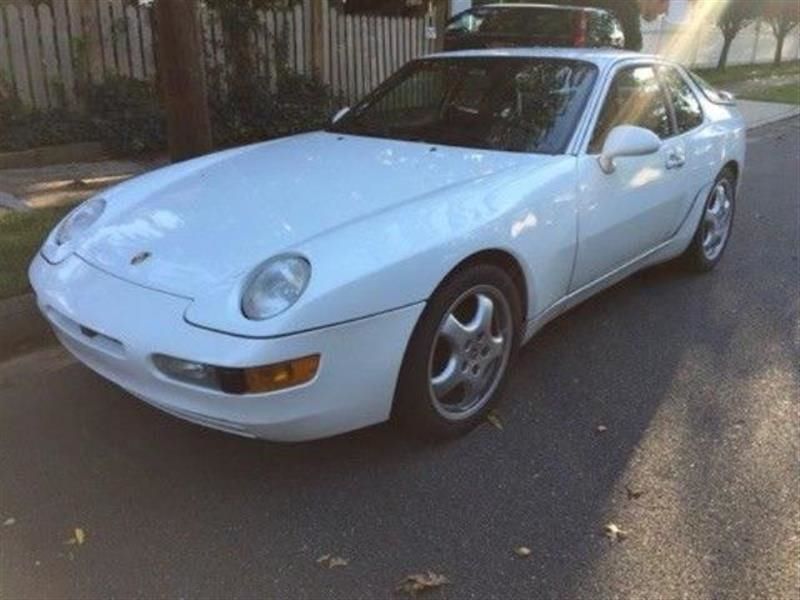 Any questions at : TaylorKeyesr3ljheo3@yahoo.com 1994 Porsche 968 6 spd White on Black 3 owner car. This car is an honest 968 Ipurchased approx. 2 years ago in order to get into DE events, however that nevermaterialized. Lots of maintenance completed. This is a nice looking car but isnot a show car. This is not a 968CS. It is just badged that way. Pros This caris runs well, it is easily the quickest NA 944, 968 I have driven. 82k milesoriginal window sticker New tires-Hankook RS3 tires (200 treadwear) New frontsway bar bushings (polyurethane) with front sway bar stiffeners New waterpump,timing belt, and rollers Rebuilt power steering pump Clean inside and out BreyKrause Harness Bar with D/S harness Stainless braided clutch hose from clutchmaster to new clutch slave cylinder. New Vario cam nylon guides with new chainand a good used intake camshaft. Previous cam had broken teeth which is a realcommon problem on these vehicles. (it is well documented) Cons Sunroof looksfaded on the rear edge from polishing small rip in driver side seat bottom.needs p/s rear hatch molding. Hatch starting to Delaminate and needs adjustmentto open properly needs front batwing small oil leak.- leaves a few drops on thegarage floor after a drive. Paint looks really good when cleaned up but this isnot a show car. Previous buyer backed out because of paint concerns. Note: Ifthis car had near perfect paint with 82k this would be a 13-15k dollar car.Please be serious when you bid on this car. The D/S front fender and D/S frontdoor have made light contact from a possible hyperextension at some point in thecars life. No major damage. Repairs were made but they were not absolutelyperfect.