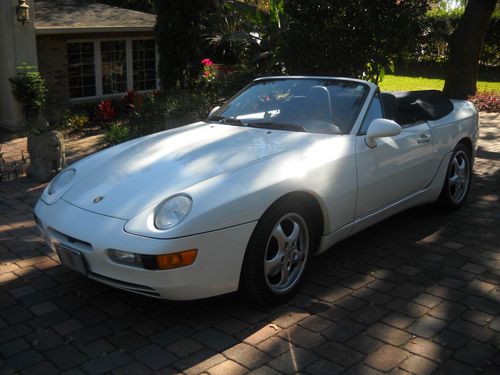 I have owned this car since  Aug.1999. it has a small bump on hood,  on the driver side in front of rear wheel, the ground cover has a little cut.That's it. (spent most of the last 14 years in Garage). This has been our Sunday drive car, winding roads with the top down,WOW!
the timing belt was replaced at 30,000 miles. new A/C compressor, .new brakes and replaced all 5 belts,( costly), for fear of dry rot, that's all. i also have a car cover.
I have had very little trouble with this car,granted, i treated it better then my wife,ha!
see Car Guru reviews on the 968.
you can pick up car anytime after payment. cash preferred , certified check will have to clear before car is released.
John