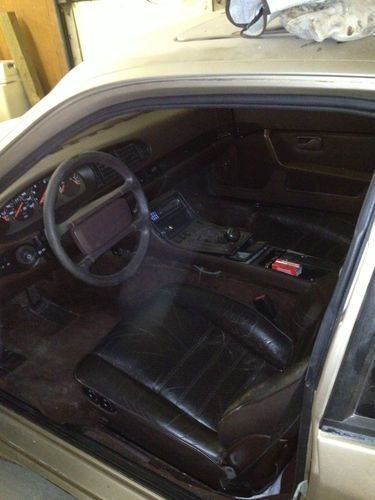 Condition: UsedA vehicle is considered used if it has been registered and issued a title. Used vehicles have had at least one previous owner. The condition of the exterior, interior and engine can vary depending on the vehicle's history. See the seller's listing for full details and description of any imperfections.Seller Notes:"86' Tan Porsche 944"

86' Tan Porsche 944 base s. The car is complete as well as far as I can tell. It has some door rust on the driver side. has small chips and dents but fairly straight car. The motor ran good and strong when i had the starter all hooked up. I started to take apart the the clutch to see what it need and ran out of time. great car for parts or make a second car.

As is no warranties