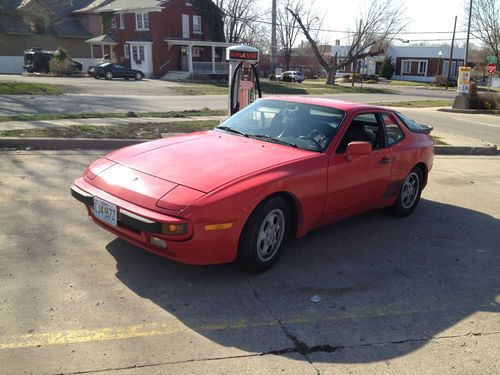 THIS IS A GREAT CAR SHE IS CURRENTLY A DAILY DRIVER

TO BE PERFECT IT NEEDS DASH(CRACKS) , HOOD AND HATCH SHOCKS, GAUGE CLUSTER  (ODOMETER QUIT), PAINT JOB, MOTORIZED TOP NEED THE GEARS RE SET
SHIPPING IS BUYER RESPONSIBILITY
LOCAL PICK UP IS PREFERRED
PAYMENT MUST BE COMPLETED IN FULL WITH IN 7 DAYS OF AUCTION CLOSE $500 DOLLAR DEPOSIT WITHIN 24 HRS