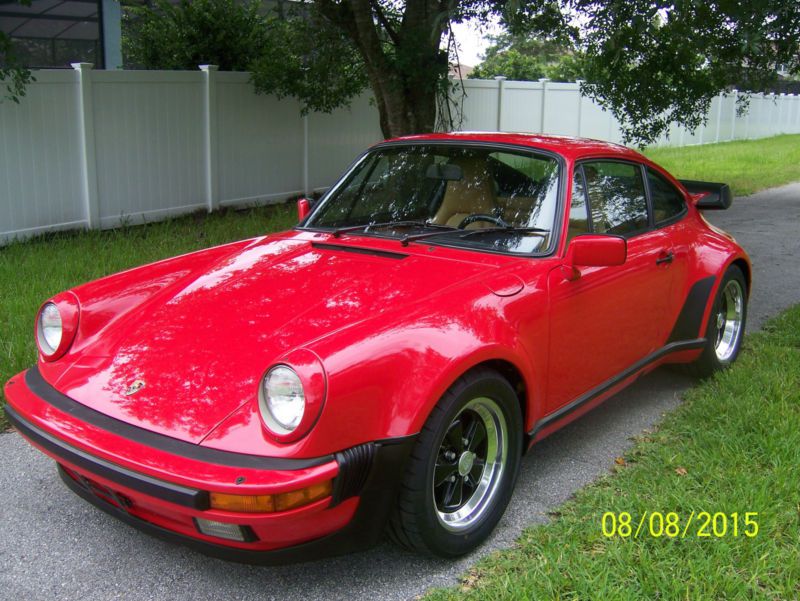 Feel free to ask me any questions about the car : sheenaeckl@juno.com .I am the second owner of this beautiful car that was shipped direct from the german factory
and has the full break horse power.
this car is literaly "as it came from the factory" even down to the little bottle of touch up paint
in the drivers side arm rest.
it is all original paint and there are not even any small stone chips on the hood or arches that i can see.
to my knowledge the car has never been outside florida.
WORK JUST COMPLETED ON THIS 930 (not done 100 mls since completion)
New clutch and pressure plate.
Full gearbox work including new 1st and 2nd dog teeth, all synchro,s and new shift rods.
Recondition and coat the fuel tank, new front and rear fuel pumps and all filters.
Brake calipers anodized by Porsche with new brake lines pads and sensors.
Overhauled discharge box, new sending unit and warm up unit and 6 x NGK plugs.
All fluids renewed.
4 x NEW bridgestone tires.
plus much more that is documented but i do not have with me at the moment :-)