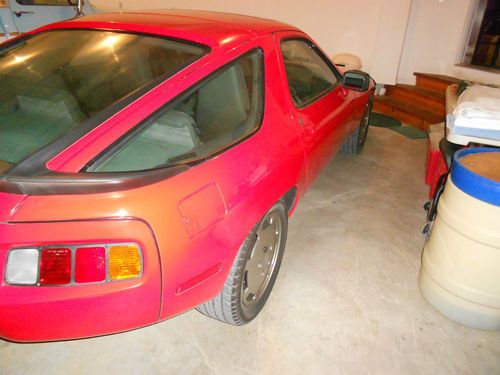 FOR Sale:  Porsche 928S, original owner, low mileage, always garaged and meticulously maintained.  Red with black leather interior, all factory options and excellent tires.  This vehicle has never experienced body damage and was only driven in rain one time.  Currently licensed and ready to drive for your enjoyment.