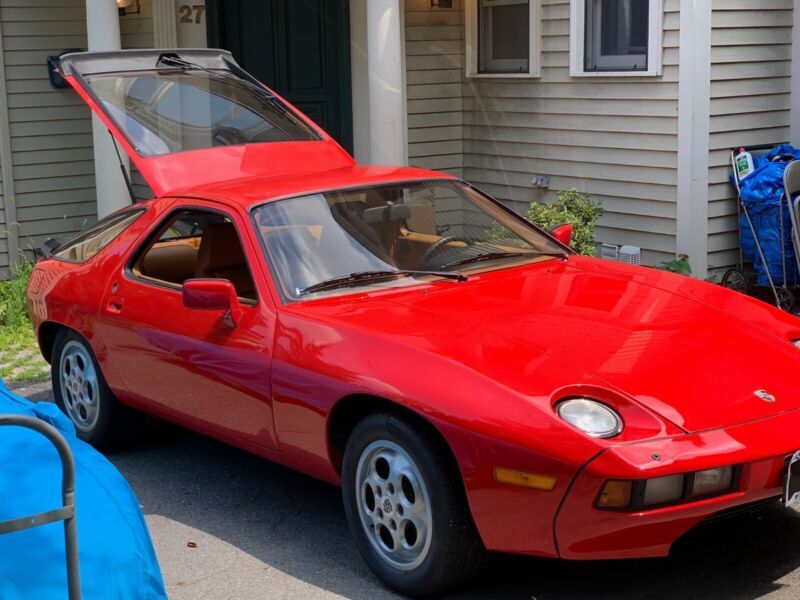 This 1779 928 5 speed has bee fully restored back to new. The 928 has 31,000 miles on its working odometer this car
came out of CA from a estate sale from the original owner this when I got its a nice one owner car. The 928 is
sitting on restored pawer coated rims with brand new perelli P-0 tires. Car has been re-painted by herb chamber
Porsche back to it shine has no dents or imperfections. The Dash is not cracked the seeds have all been redone to
specks the carpet is grate and new has the floor mates and the reado that went with the car In 1979. everything
works like it should. now for the engine and mechanics the car has been to herb chambers Porsche and spots in ports
of cape code to have about 30,000 of work done just on the mechanics there is a new water pump, foul pump, all the
gaskets are brad new, spark plugs new , wire new, cap new, belts new, gas tank new, brake lines new. brakes and
roters new, all brake components are new , all the lies are new all the widow moldings are new all the window seals
are new, bumper seals are new, there is so much more have all the paper work of work done will come with car.